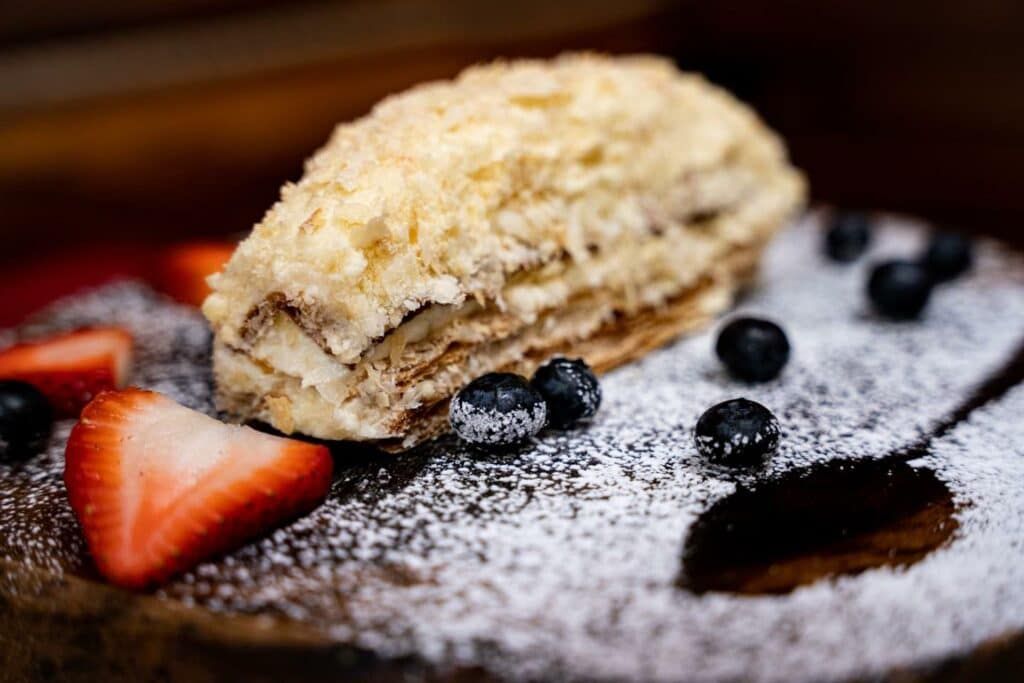 Babushka’s is one of the best brunch spots in the Tampa Bay region. The exceptional restaurant is a hidden gem in Temple Terrace. Creative Loafing reports that the gem is working toward opening inside the former Boca restaurant space at 901 W Platt Street.

It’s easy to forget there’s a world beyond downtown Tampa. With so many new concepts debuting on a near daily basis in this sprawling city, and in the region in general, I think it’s good to remember and focus on the local treasures that have been doing something different for a long time.

Babushka’s is a Temple Terrace Treasure serving up some Russian delicacies you may have never experienced before. The restaurant name comes from the Russian word [Bábushka], literally translating as “Grandmother.”

One of the best brunch spots in the region

So, what can you expect to eat at a traditional Russian restaurant?

Start with a sweet drink. Babushka’s serves up a golden nectar called Medovukha. It’s a Russian Homemade honey-based alcoholic drink – stronger and stouter than beer and weaker than wine.

Babushka’s introduced me to Russian Pancakes: Blinchiki. This is a traditional thin pancake, made with variety of sensational fillings. You can go savory with meat, mushrooms, salmon or caviar; or go sweet with farmer’s cheese, banana and nutella and ice cream. It will change the way you brunch forever.

You can go super old school with Borscht soup and beef stroganoff with pasta. This is the epitome of Russian/Ukrainian comfort food.

In the mood for caviar? Aren’t we all. Alaskan Salmon Roe Caviar on Bruschettas is a key staple of any meal at Babushka’s. The bright hue also makes the appetizer a perfect centerpiece for the table before you devour it.

Another must-try is Pelmeni. It’s a type of dumpling served at almost any restaurant you’re bound to go to in Russia. The dumpling is usually accompanied by lashings of sour cream. Fillings for Pelmeni include minced meat (pork, beef or lamb).

One of the city’s top local treasures

Babushka’s opened in 2018. The restaurant is located at 12639 N 56th Street in Temple Terrace. Follow the restaurant on Facebook to whet your appetite.

We have a full Tampa brunch guide too, in case you need some early morning guidance.

Check out a new date night sushi joint in the city.