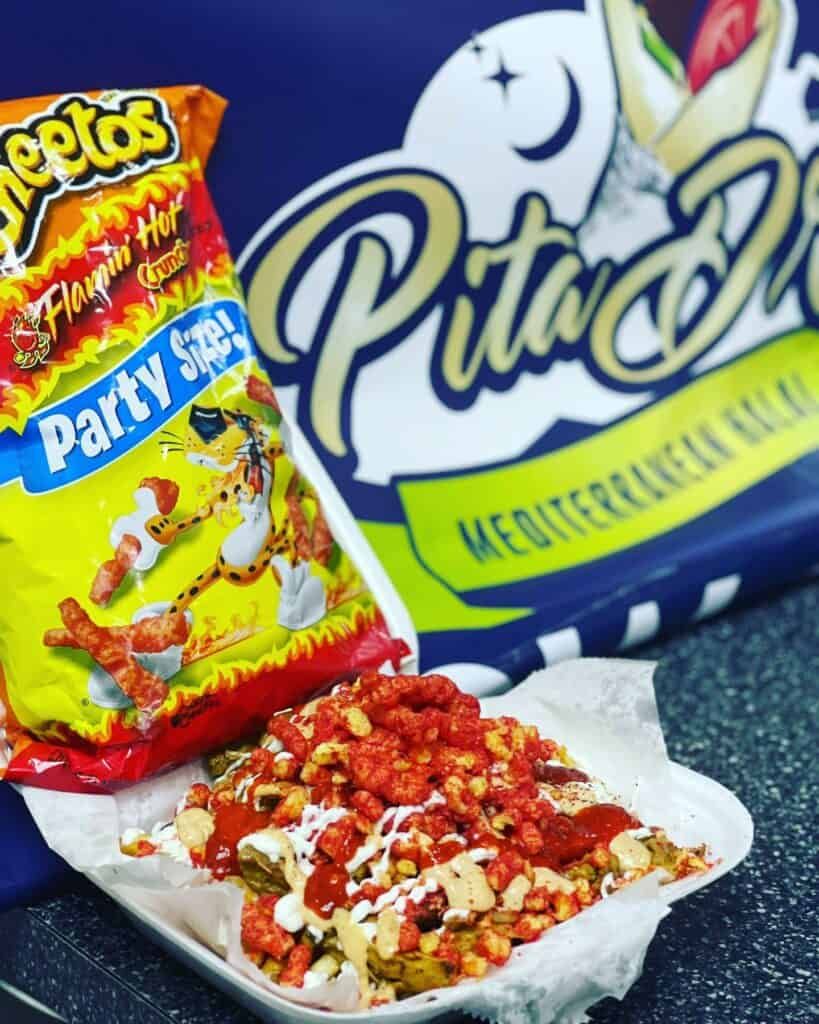 A cross-continental success story, Tampa’s ‘Pita Dream’ is a hidden gem serving up fresh and tasty Mediterranean halal out of its gas station restaurant.

True connoisseurs of street food know one simple but surprising truth: some of the best food around can be found in corner gas stations. You just have to know where to look. The aptly-named Pita Dream, housed in a Chevron on Bruce B Downs Boulevard, is living proof that some of best fuel for the body comes from the same place you get fuel for your car.

Founded by Anas Saada, the Pita Dream food truck opened in early 2021 in Tampa and features Mediterranean halal with scratch-made sauces and food prepared fresh daily. While the food truck still roves around the city serving various communities, Saada has opened a brick and mortar of sorts, a stationary version of Pita Dream operating out of the Chevron gas station at 14546 Bruce B Downs Blvd, just north of the University of South Florida campus.

Pita Dream serves many of the expected offerings in platters or single-serve pitas featuring falafel, shawarma, and a lamb and beef gyro. They also have French fry dishes, burgers, and a house-made hummus. Saada even experiments with the funky (and spicy), evidenced by the August debut of “Dream Cheetos Fries,” a fry platter with chicken shawarma, cheese, grilled onions, three different sauces (garlic, tahini, and hot), and of course, Flamin’ Hot Cheetos.

However, while the flavorful sauces and fresh pitas have helped Pita Dream cultivate a devoted following, it’s Saada’s story that makes the food truck and restaurant so unqiue. “Chef Nas,” as he is called, is not only a Covid success story, but a family man who has gone coast-to-coast-to-coast (and back again) in the pursuit of sharing his scratch-made Mediterranean eats with friends and family.

From California, to Florida, to New York and back

Saada made his first move into the professional culinary world back in 2015 when he opened the Pita Paradise food truck in Bakersfield, California. A similar concept to the one he runs now in Tampa, Pita Paradise went on to be voted as the city’s best food truck in back-to-back years in 2017 and 2018, a run so successful that he opened a second truck up for business in 2018.

Unfortunately, in 2019, health issues in the family led to Chef Nas trekking across the country to move to Jacksonville. While he left the two trucks behind to a family member in California who still runs them today, it wasn’t long before Saada opened up another one in Jacksonville in late 2019.

Then, of course, Covid hit, and the pita truck was forced to shut down.

In the summer of 2020, Saada moved again, accepting the offer from his brother for he and his family to come stay in New York. There, yet again, Chef Nas couldn’t help himself and opened up a restaurant that is “still booming” today, according to Saada, and being run by his brother and nephew.

Despite the success up north, Saada had enjoyed his time in Florida, and when the world began to settle down a bit, he followed his heart back down south and opened up his dream restaurant – Pita Dream. And now, through the series of unlikely events over the last three years, the Dream lives on all over the country, a mini and family-run pita empire Saada could never have seen coming.

As word continues to get out about one of Tampa’s hidden gems, Chef Nas is hoping more and more people will try out Pita Dream and come to the unexpected home of some of the best Mediterranean food in town.

“I make all my sauces from scratch,” Saada said. “Even though I’m operating from inside a gas station, I want people to know that it’s fresh food made daily.”

Pita Dream is open Monday-Friday from 11 am to 8 pm, while Saada takes the food truck out to select communities Tuesday-Friday nights. Read more about Pita Dream and see the full menu at their website.

What to read next:

Nearly 2 miles of Central Avenue will be closed to traffic on Halloween for a special St. Pete event