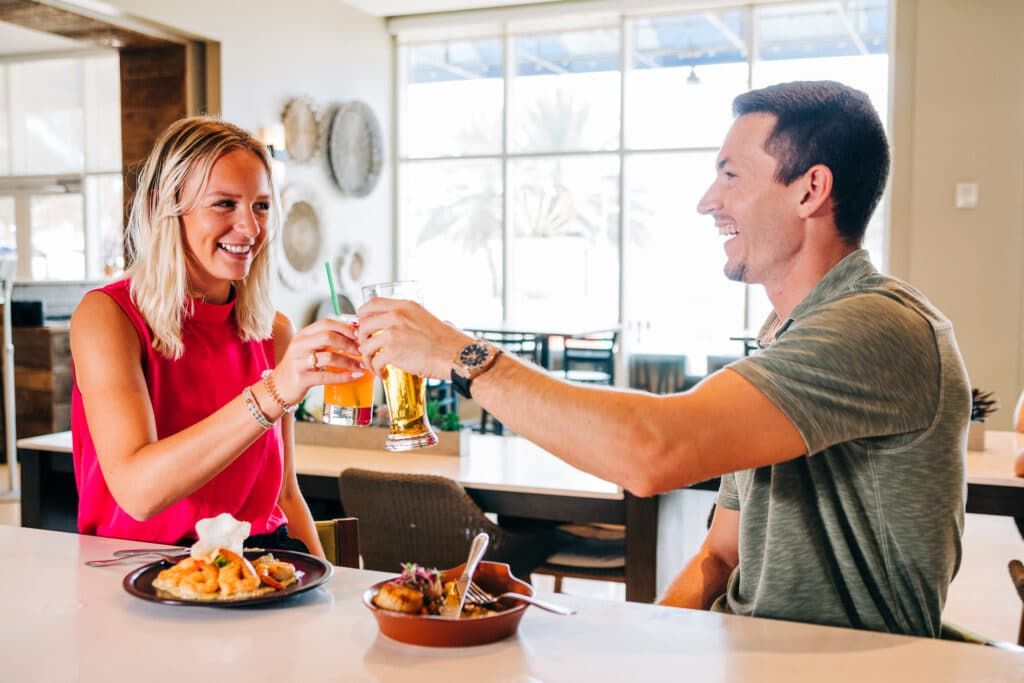 The Hyatt Regency’s restaurant, SHOR, is the best kept secret on Clearwater Beach

The Hyatt Regency Clearwater Beach is a transfixing coral dream on Clearwater Beach. The chic hotel features spacious rooms with water views, a rooftop bar and restaurant, and the kind of amenities that make lofty terms such as “oasis” seem like understatements. The Hyatt is also home to the best kept secret on Clearwater Beach, SHOR American Seafood Grill.

Yes, an exquisite seafood spot is tucked inside the second floor of The Hyatt, just steps away from the white sand beach. Pro tip: if you dine here, you can enjoy 3 hours of free parking if you spend at least $30. Enjoy an exquisite meal and a cocktail, and then take a stroll along Clearwater Beach.

Chef Giovanni Bridgeford is at the helm of SHOR. His love of food and flavors began in Brooklyn, New York where he grew up cooking with his uncle and his grandmother. He garnered a culinary education in Cork, Ireland, followed by 22 years in hospitality. His career has taken him from prep cook to Chef de Cuisine at SHOR American Seafood Grill.
He is passionate about his craft; personally finishing every plate before it leaves the line. “Watching the reaction as the first bite is consumed is the reason I cook,” said Bridgeford.

What do you need to try when you visit?

It’s not the only spot worth visiting inside Hyatt.

If you’re looking for a tropical cocktail and some light bites, then find your way over to Off SHOR, the sister to the beloved seafood grill. Sip on a martini, a negroni, or a mojito while watching the sunset with a pristine view of the Gulf of Mexico.

Hyatt Regency Clearwater Beach is a residential-style paradise just steps from the famous Pier 60. The hotel offers 287 oversized rooms for you to unwind in.

The post The Hyatt Regency’s restaurant, SHOR, is the best kept secret on Clearwater Beach appeared first on That's So Tampa.