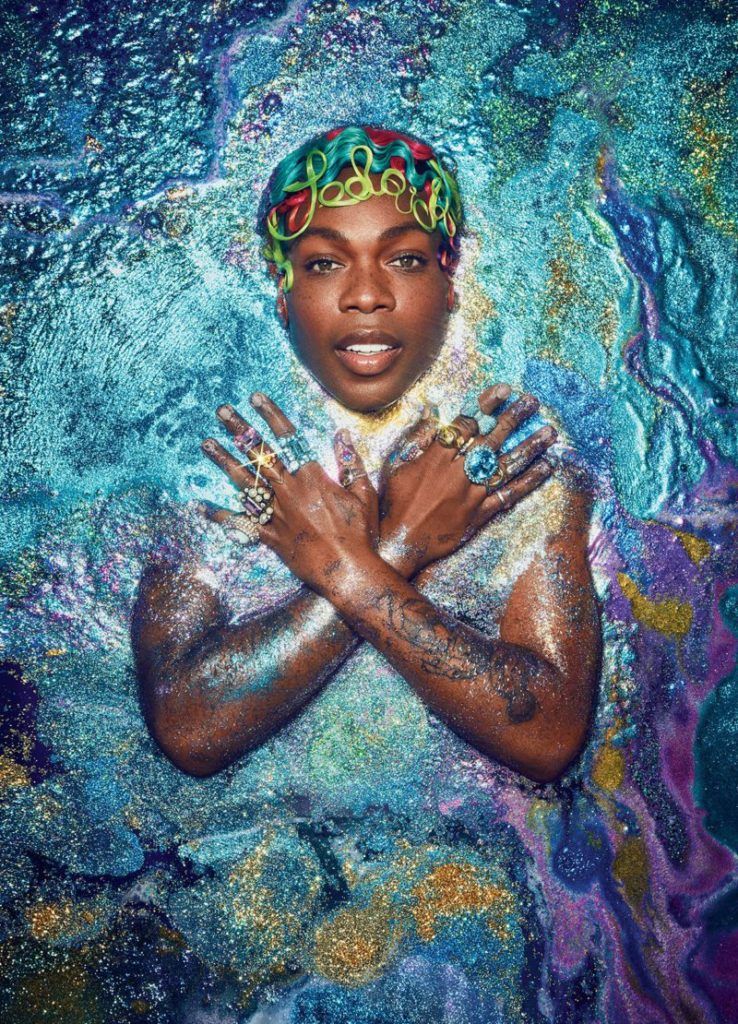 Ruth Eckerd Hall On The Road announces a venue change for the Todrick Hall show on Friday, April 15 at 8 pm.  This concert will now be held at the Tampa Theatre. Ticketholders will be notified by email of their relocated seats.  This is a show for all ages. Recently in June, Todrick Hall celebrated Pride with the release of his new album, Femuline. The album’s lead single, Boys In The Ocean, is an irresistible funk jam that rides along an infectious bassline and guitar licks, primed for summer escapism.

Femuline follows Hall’s 2020 EP Quarantine Queen and exudes a new confidence and power, with plenty of dancefloor-ready tracks. Hall’s magnetic charisma shines through and his cheeky lyricism is an embodiment of his larger-than-life persona. (See his pink dream video here.)

Hall says, “It has taken me years and years, even after coming out, to be this comfortable embracing my masculine and feminine sides. I’m so excited to give people permission to live as their fullest and truest selves with this music that I handcrafted specifically for the gay community. But I also feel that my music will resonate with people of all age groups and from all backgrounds.”

Another standout moment on the album is Queen, a defiant statement of self-empowerment and a strut-ready anthem in the making. Hall declares, “I was born with glitter running through my veins, I don’t give a f*** what people say… I was born to be a queen.”

Femuline also features Todrick Hall working with a host of famous names. His collaboration with the Queen of Funk, Chaka Khan, delivers Fabulosity, while Nicole Scherzinger features on Show Off extending his perfectly poised pop proficiency. Teaming up with Brandy on the sparkling showcase Click Clack sashays with throwback R&B style, Tyra Banks brings authentic fashionista vibes to FASHÓN, while TS Madison’s feature on D*** This Big results in the kitsch-heavy hip-hop tune.

The album was written entirely by Hall, with production from the GRAMMY®-winning Wiidope (Nicole Scherzinger, Ciara) and Jeeve (Bruno Mars, Britney Spears).

Hall’s unstoppable, self-sustained rise has taken him a long way from his roots in the tiny Texas town of Plainview. He quickly went from national fame on American Idol to international attention through RuPaul’s Drag Race and ultimately commanded a huge global following on social media. He has starred in a selection of Broadway smashes including Kinky Boots, Chicago and Waitress and was featured as the dance captain on the BBC’s Greatest Dancer. His profile continued to explode in the wake of his COVID-19 themed anthem Mask, Gloves, Soap, Scrubs which he followed with hosting duties for Global Pride 2020 for YouTube.


Reserved seats priced at $47.50 and $37.50, as well as a very limited number of Gold Circle Balcony Banquettes priced at $68.75, plus applicable fees and a limited number of VIP Packages* are available by visiting www.tampatheatre.org. Tickets will also be available day of show at the Tampa Theatre box office which opens one hour prior to show time.  The Tampa Theatre is located at 711 N. Franklin St., Tampa.

*There are three VIP Packages ranging in price from $79.75 to $157.50, plus applicable fees and taxes.  For more information, please visit www.tampatheatre.org

Built in 1926, Tampa Theatre is a passionately protected landmark and one of America’s best-preserved movie palaces. The majestic 1,200-seat Theatre is owned by the City of Tampa and operated for the benefit of the community as a dynamic film and cultural center by the not-for-profit Tampa Theatre Foundation, opening its doors more than 700 times a year for first-run films, classic movies, live shows, tours, special events, and educational initiatives. Programming is sponsored in part by the State of Florida, Department of State, Division of Cultural Affairs and the Florida Council on Arts and Culture, the Hillsborough County Board of County Commissioners, and the Arts Council of Hillsborough County. Tampa Theatre is a proud member of the League of Historic American Theatres and the Art House Convergence.